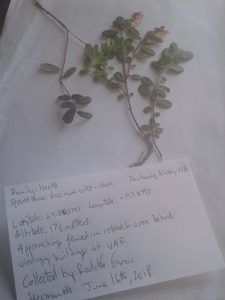 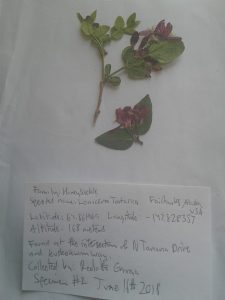 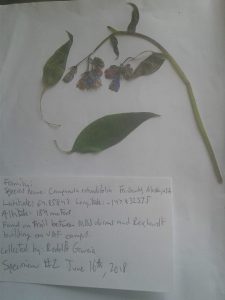 I went flower hunting last night and I must have found at least 20 different varieties of flower /at least/ on UAF’s campus! What   an enlightening and fun experience. One of my favorite flowers is pictured, pressed. Lonicera tatarica, an invasive honeysuckle originally native to Siberia. I think it is a shrub with amazingly beautiful flowers. Also pictured are Vaccinium vitis-idaea a.k.a the low-bush cranberry a.k.a lingonberry flowers. The last specimen in this post is Campinula rotundifolia, Bluebells of Scotland. (At least, I hope they are the correct species I have described them as, there seem to be many bluebell/harebell varieties, but the “Scotland” variety was the one that appeared most often in the searches for blue flowers of Interior Alaska.)