This was a fun assignment. I found most examples to fill the ‘bingo card’ around our home in Fairbanks.  I was stumped in finding an example of silique near our house to fill the middle square.  Today I found a silique near the University of Alaska Fairbanks’ Comunity Garden.  The porate anther dehischence was hard to capture due to its teeny size.  I learned that using my loupe at 20-power in front of my iPhone camera zooms in much more than the clip-on macro lens purchased thorugh amazon.com.  It’s just a bit tricky to hold in one hand at the right distance and zoom in and capture the image with the other but, it works.

Thank you for the feedback on the porate anther dehischece.  Orignally I included a photograph of an anther from a Mertensia paniculata  (Aiton) G. Don var. paniculata but with Steffi’s feedback I went out and searched again.  I found what I was looking for in Ledum groenlandicum Oeder!  I’ve updated my bingo card (Image 1).  The new one is above the original (Image 2).

And, when tromping about in the woods near our house, I also discovered about 40-50 spottled lady’s slippers (Cypripedium guttatum  Sw. var. alaskanum), which was pretty exciting.  I’ve incuded a picture of one below the assignment (Image 3).  ~ Erica 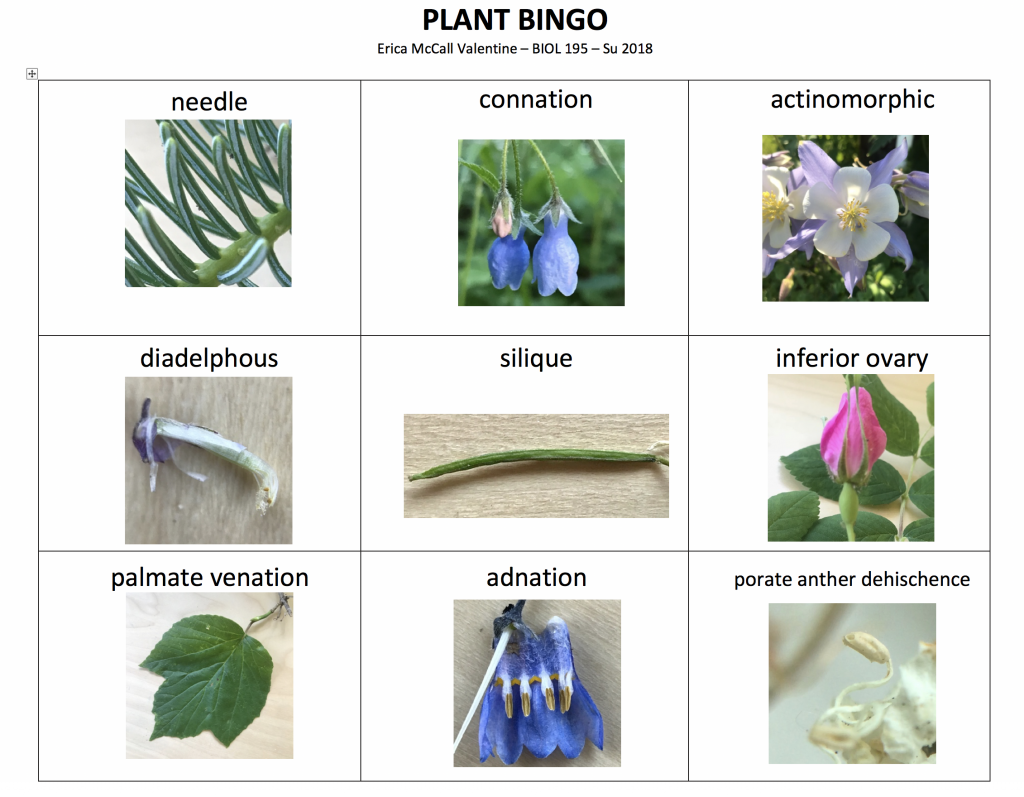 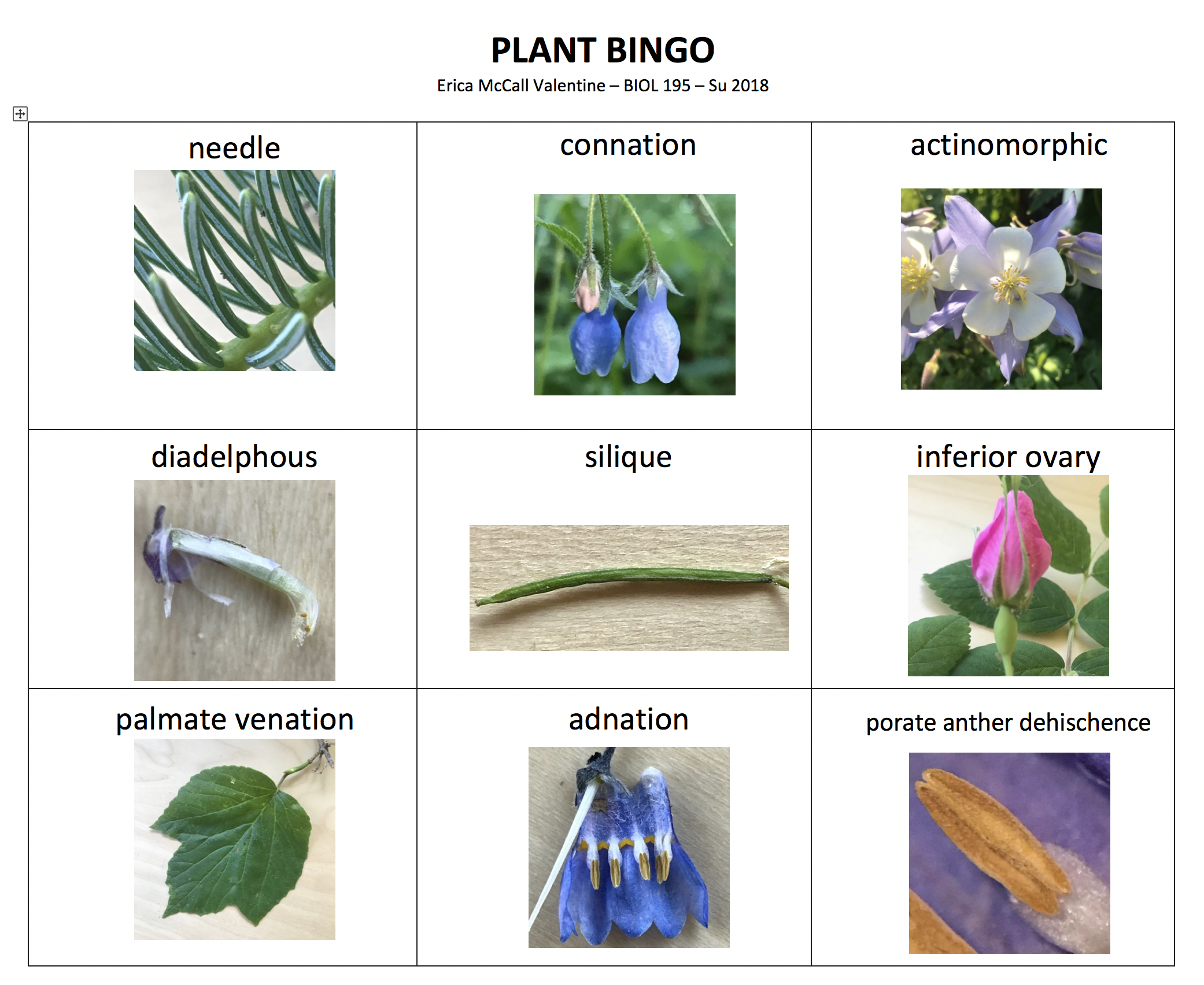 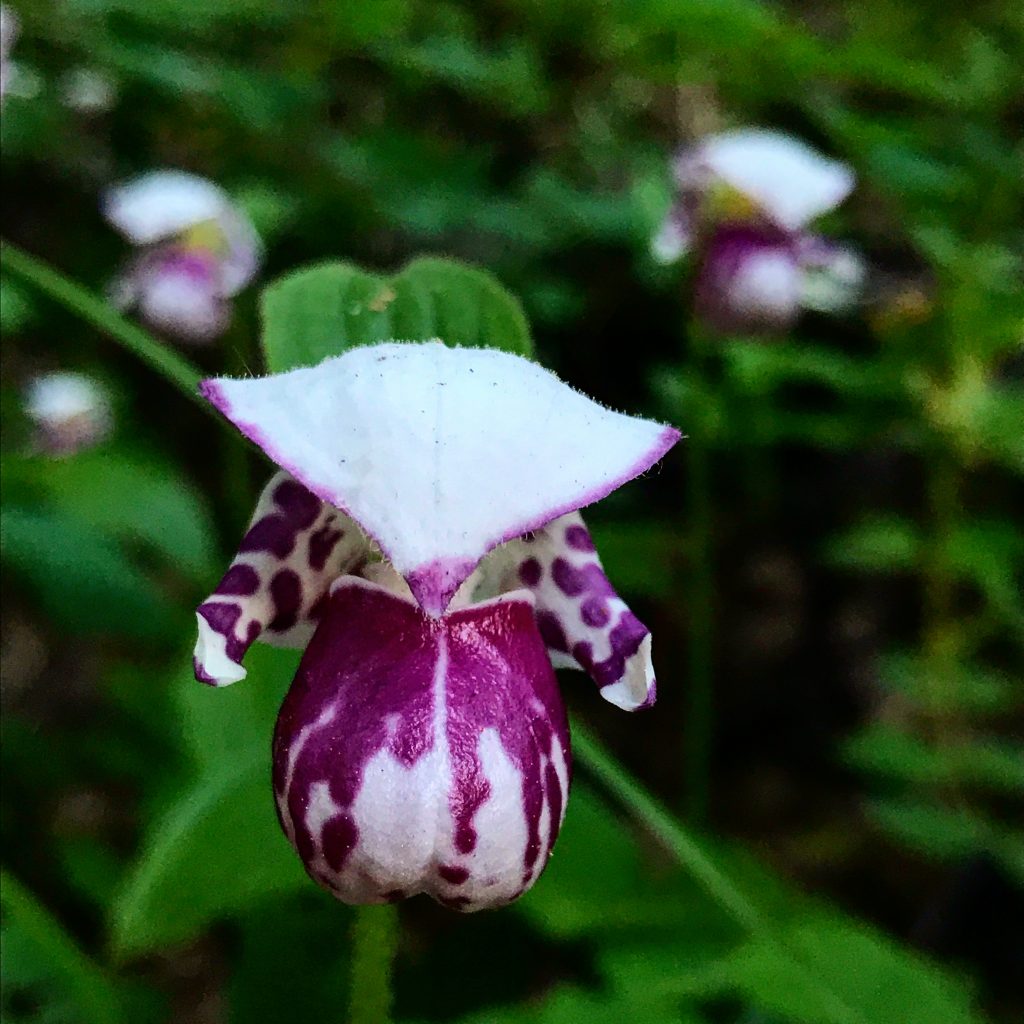